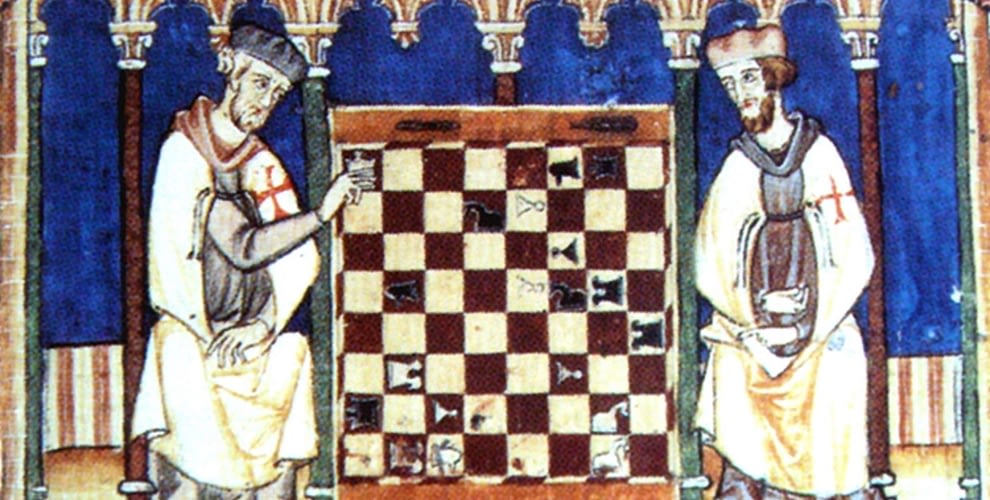 Chess is a checkerboard board game played by two opponents using specially constructed pieces of contrasting colors, usually white and black. After White moves first, the player’s swap turns according to predetermined rules, with each player seeking to force the opponent’s main piece, the King, into checkmate—a position in which it can no longer resist capture. Chess training institute, Kingdom of chess teaches all the medieval and modern rules of chess to the students.

Chess originated in India about the sixth century AD, and by the tenth century, it had spread throughout Asia, the Middle East, and Europe. Chess has been dubbed as the “royal game” since at least the 15th century because of its popularity among the nobility. Both the rules and the set design developed over time until they reached their current standards in the early nineteenth century. Chess, once a privileged intellectual pastime, exploded in popularity over the twentieth century as professional and state-sponsored players competed for an officially recognized world championship title and more rich tournament prizes. Men, women, and children from all around the world participate in organized chess tournaments, postal correspondence games, and online chess. Chess training institute provides the top chess classes to make children compete in the tournaments.

The first documents mention the beginnings of the introduction of chess from the early seventh century. Three of them are written in Pahlavi (Middle Persian), and one is written in Sanskrit, the Harshacharita. The Chatrang-namak, one of these documents, is one of the first written accounts of chess. During the time of Khosrow I, the narrator Bozorgmehr says that Chatrang, the Pahlavi name for chess, was taught to Persia by ‘Dewasarm, a famous monarch of India.

The oldest known chess handbook, Kitab ash-shatranj, was composed in Arabic around 840 by al-Adli ar-Rumi (800–870), a prominent Arab chess player (The Book of Chess). Although this text is no longer extant, it is mentioned in later publications. Al-Adli also credits India with the roots of Persian chess, as well as the eighth-century collection of stories Kalila wa-Dimna. By the twentieth century, there was a broad agreement on the roots of chess in northwest India. The best chess player in India must know this to pass on the information to the students in the top chess training academy in India.

How Chess Has Changed Over Time?

This is odd, given how much it has changed in the past. A Vizier replaced the Queen on ancient Arab or Indian chess boards, and an Elephant replaced the Bishop.

Only once chess arrived in southern Europe, along with Islam, did a process of metamorphosis begin to make the game more understandable to European players who had never heard of viziers or seen an elephant.

Queens were powerful characters in most European countries at the time. They were often powers behind the throne for their kingly husbands when they weren’t reigning directly. As a result, the Queen has become the most powerful figure on the board.

Various places in the world have different chess pieces. Viziers and Elephants can still be found on Arab boards. Bishops in Scandinavia ride their horses like European knights.

Chess is a centuries-old game with numerous forms. The game is mentioned for the first time in a story written in India before 600 AD (Parlett 278). Vikings played the kind that is familiar today during the ninth century. Chess regulations dating back to the late 1200s are still in existence. It was most popular among the nobles throughout the Middle Ages, who saw it as an ideal exercise for preparing military strategy. With only one king and queen, a few elite clergies (visible on the board as bishops), knights, castles (called rooks), and a vast number of peasants (or pawns), the names and types of the pieces reflect the character of their society. Peasants (pawns), as in Medieval warfare, are usually the first to charge into battle, followed by knights and other special forces (Diehl and Donnelly 69). Chess is played differently today than it was in the Middle Ages for a few small reasons. I’ll start with the current rules and then go over the minor distinctions between medieval and modern chess.

When the powers of two of the weakest pieces were enhanced near the end of the 15th century, the game of chess underwent a dramatic metamorphosis. The slow game, which had a significant opening buildup, had abruptly turned into a fast game, with checkmate possible after only a few moves. After only a few decades, the new game, which was swiftly embraced wherever it was played, pushed the old game aside. The top players began to study the intricacies of the opening and endgame.

The Kingdom of Chess is the best chess academy in India, providing online chess classes from all corners.

Overall, there are numerous theories concerning the origins of chess, and no single person is credited with creating this well-known game. It has evolved over the centuries and will most likely continue to do so in the future.

As a result, we’ve provided you with the most important and well-known chess legends and roots. For chess classes and training, one must consider the best chess academy in India.

How Does Chess Help in Brain Development?