Learn Patience and Discipline from Chess 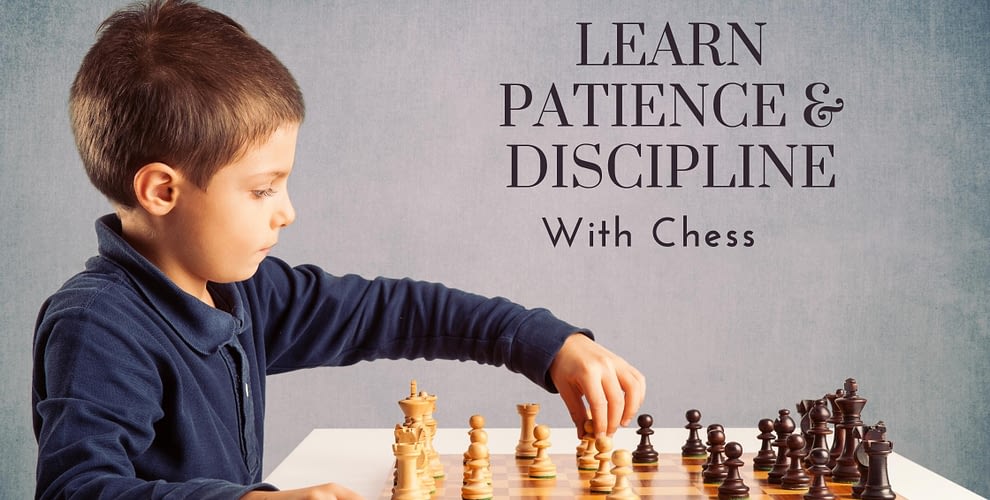 Many times in life, situations occur when patience and discipline and prior to everything. Unfortunately, many people, especially children lack it. Rather than making emotions a part of the decision-making, we make decisions based on emotions.

They try to have short-term gains, and as a result of which, they become unable to focus on the broader picture, or you say, the long-term gains. The reason being is, they are not indulged in activities which can teach them the importance of it. No other game or activity can be ahead of Chess because it has been the history of chess when it comes to teaching patience. But how does this happen, what is that edge that Chess possesses? Learn chess with the chess grandmaster India at Kingdom of Chess Academy, Udaipur, and get a chance to learn from the best chess coach in India.

There’s a great saying prevailing for decades and centuries, that either control your mind, or eventually the mind will have control over you. In contrast, most people lack discipline. Not just in their careers, but in their personal lives as well, even in the smallest of things. Whether it is waking up on time, or it is completing all the work on time.

Discipline plays a major role in being successful. It laid down the foundation of the mindset of a kid and made them the masters of their emotions and the zeal for their sudden pleasures.

How Chess Builds Patience and Discipline?

The reason chess increases patience is this. Let’s take this situation for instance. When a kid plays chess for the first time, his aim is to capture all the pieces of the opponent. Due to this utter excitement, impatience increases. They can’t help but play as fast as they can. On the other hand, if you have a look at one of the best chess players in the world, you will notice a great difference. They have control over their mind. They know how to make decisions from planning and strategy and not from their emotions.

But how chess helps in building discipline? Here’s the thing. When a child plays child for the first few times, he begins to realize that playing fast would not help them in winning, rather it will make them lose the game. Slowly but gradually, a child understands the importance of discipline. Eventually, he starts to gain discipline. With time, the things that happen in their game begin to happen in real life. They start to gain discipline in real life. Their decisions slowly began to be based on planning and strategy.

Secondly, they even began to realize that quick moves don’t work well. They have to sit on the chair, think of different variations, even for what the opponent can be playing and to their surprise, they will learn the importance of patience. And gradually, they become patient.

Hence, chess is an essential part of making a child disciplined and patient.

Do you want your child to be A and patient and up to the mark? Yes is what the sure answer is to be. Book a free demo class with Kingdom of Chess Academy, Udaipur, and learn from the best chess coach, who is a national player. The best part is we at Kingdom of Chess offer all of this at the most affordable price. Don’t wait. Book now.

History of Chess: A Brief