How Does Chess Help in Brain Development? 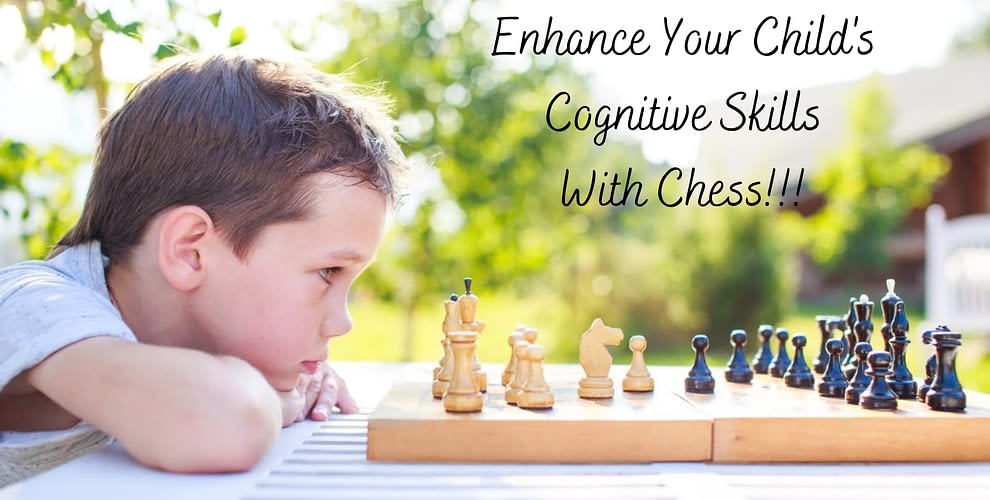 A child’s brain can consume information much quicker than an adult’s, and that’s why their brain development needs optimal nurturing and nourishment. Chess is a fascinating indoor game for children who love to indulge in mind-gripping activities. For parents who have a chess lover kid at home, discovering the best chess academy in India could be a Blessing in Disguise.

Playing Chess is parallel to living life where every barricade is a step closer towards learning, and every move in the game makes you two-fold smarter. The human mind works in mysterious ways, and that’s why keeping it proactive is a critical need. As a parent, when you engage your child in a mind game similar to Chess, it sharpens their ability to excel.

Some of the top chess players in India and the world have shown how chess can help reflect the artistic abilities and the braininess that keeps them equipped and encourages them to adopt a never-giving-up attitude. While providing nutrition to a child’s brain is an integral practice, when you integrate it with brain exercises like playing chess, it yields better results for them in the future.

Now, chess may be a fun game, but it indeed needs proper direction and strategy. If you wish to see your child with the title of chess grandmaster India, you need to seek steps to find your perfect chess coach. When your child enrolls in online chess classes, it will bring unbelievable results in their thinking abilities.

Let’s find out how a game of chess could help in the Brain Development of your child and help them become more ingenious in their ways of thinking.

Brain Development of your child with the Game of Chess

Finding the best chess academy in India can make the brain development of your child faster than the other children. It could have a tremendous effect on a child’s outlook towards a problem and facilitate better decision-making in life. It can even reduce many memory-related diseases that could influence their power to memorize glimpses of the recent past when they become of a certain age.

Being a chess player in India would prepare them for prestigious competitions and influence their brain in myriad positive ways. To get an in-depth understanding of this, follow through with some advantages that could promote the development of your brain just by playing chess:

It can enhance IQ

All the best chess players in India, beginning from Vishwanath Anand to Koneru Humpy, have the most incredible levels of IQ. However, one misconception is associated with the chess game that it is meant for people with high IQ levels. But the thing about deception is, there are rarely any facts attached to it, and it could pull you back from attempting and make you feel incompetent in the process.

All the top chess players in India were once of minor age and were fascinated with chess, but they lacked the skills and strategies that later made them the best chess player. When you find the best chess academy in India for your child, they will understand how taking one step at a time and moving those chess pieces could influence their ability to make a game plan.

The ability to strategize a plan before making a move is the quality of leaders who have slowly developed a high IQ over time. Several studies have corroborated that keeping a longer attention span in the chess game improves children’s intelligence quotient.

Any game that grips you hard for hours (not a video game) makes you capable of critically analyzing things. When you face your opponent and try to make a game plan, you also try to form an image of your opponent’s strategy. Hence, chess is making you analyze critically and follow a logical pattern to meet your opponent halfway.

According to Connections Academy by Pearson, a study conducted for four years on students of grades 7th-9th found that the more these students played chess, the better they became original thinkers. The more these students planned and imagined their possible moves; it brought all their original ideas to the forefront. Their ideation had originality bringing their natural and raw creative side out.

So, when your child takes online chess classes, with the help of a coach, they not only learn to play the game but foster their creative sides too.

Eliminates the risk of Alzheimer’s Disease

You might feel that it’s still very early to think about Alzheimer’s disease concerning a child. However, at one point, they would need to think about their mental health. Like the muscles in your body that require exercising and following a fitness routine, your brain needs a little exercising of its own.

We have seen many elderly playing chess, and it has dramatically reduced the chance of the occurrence of Alzheimer’s disease. It is because playing the game opens up the brain and stretches the brain’s muscles and nerves. The more you indulge in games that nurture critical thinking and cognitive abilities, the lesser the chance of suffering from memory-specific diseases.

A great way to enhance your memory’s strength

There is nothing more true about chess playing than the fact that it drastically improves your ability to retain things. The newer generation of millennials has difficulty keeping track of what happened to them yesterday unless something significant. The biggest reason behind this scenario is their unused brain which is now prey to lethargy.

The more a child engages in playing chess, the more it helps in their brain development every day. When making moves, planning, understanding, and observing their opponent, they need to remember every step to proceed further. Also, it helps them retain their academic learning to improve their grades and their ability to organize the day or task ahead to complete it efficiently.

Builds the growth of Neuron Dendrites

Dendrites are the tree-like branches attaching the neural cells with neurons. They work like antennas to catch signals from the other brain cells. So when you play any challenging game, it enables the Dendrites to keep growing, and the bigger it grows, the more signals it would catch. Also, in a chess game, you get to meet more people and play the game at a more complex level. So it would keep growing, picking up more signals for you and helping you make out the logic.

Proves to increase the attention span crucial for brain development

Chess is a game that requires your undivided attention and for a more extended period. Unless you provide enough attention to the game, you would not plan the move and take the next step ahead. By focusing on what your opponent is trying to do, how they intend to play the game, or trying to read their method of play, you would not be able to win because, as they say; to make your game better, you need to measure your opponent’s game first.

Observing, following, critically analyzing is a series of processes that keep you fixated over the play for longer. It teaches you that to do something effectively and obtain efficient results, you must increase your concentration. It also helps a child to study for long hours without getting distracted and retain what they learn.

One of the most significant advantages of chess is its ability to teach problem-solving skills to a child. The chess game is a challenge for two players trying to eliminate the obstacles in the path of their chess pieces by making their plan and executing it on the board. The more complex the problem is, the more critically they need to analyze it and find its solution. Hence they become great problem solvers in their real life.

It becomes easier for them to identify the problem, find the reason behind it, and find the solution which is to their benefit and fits the situation well. It makes you think about all your moves deeply and not make a spontaneous call at once. As Marcel Duchamp says, “I have come to the personal conclusion that while all artists are not chess players, all chess players are artists.” So problem-solving is the work of an artist, and your child can become an artist by learning to play chess.

A great way to exercise both Hemisphere of your Brain

Playing chess not only activates your left side of the brain but the right side too. A chess player needs to recognize the chess position on the board, practice logic, and make decisions about their next move by visualizing it in their mind. We have mentioned once in the blog that it is a requisite for your brain to work out its muscles for better cognitive faculty to sharpen both sides of the brain.

Usually, humans use their left side more than the right one to analyze and make out the result and pattern. But it’s different in the case of chess. It helps move the right and the left hemisphere of the brain to play a good game, no matter how intense the opponent is. So it keeps your mind active and robust for the rest of your life.